On the Culture Front 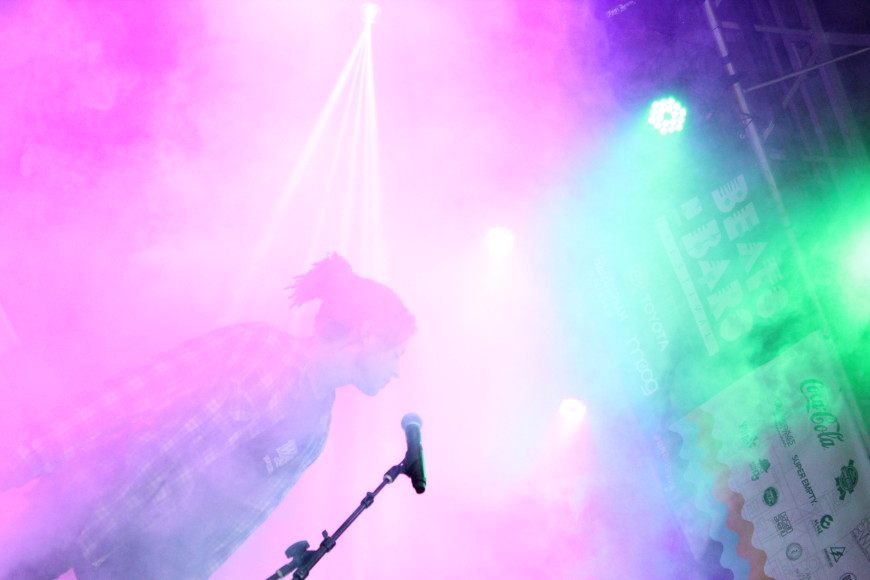 On the Culture Front: Music Videos from the Underground, Part 1

Lance Oppenheim’s video for Young Bull’s “Voicemail” (above) plays like a short indie film. It’s bookended with footage from a recent show the hip duo did in Raleigh that was shut down by the cops. An officer is seen early on as the music comes to a halt and an off-screen voice asks “turn it down?” and the office replies, “Off. You’re done.” It’s the kind of terse exchange that’s reminiscent of Snoop Dogg and Dr. Dre’s epic videos from “The Chronic.” The music then swells with an electronic arpeggio crafted by Gabe Fox-Peck atop Tahmique Cameron crooning “running away, running away.” A beat with a reggae sense of timing opens the song up and leaves room for some interesting guitar flourishes. Cameron’s croon morphs into a tightly phrased rap, which acts in counterpoint to the relaxed beat. The visuals jump between a forest, a water tower and dimly lit interiors before ending up in a waffle house at the point of end-of-the-night exhaustion. An instrumental interlude follows, and then we are thrown back into the club from the opening moments as organizers are trying to clear the space. Some of the video’s sage parting words: “Fuck Donald Trump. We live in a Police State.”

Long Island-based band Patent Pending write punchy pop songs, but their latest is a mashup of two EDM tracks: Tiesto’s “Wasted” and Avicii’s “Wake Me Up.” If you’re not familiar with those songs as I wasn’t, “Wasted/Wake Me Up” sounds like a cohesive energetic anthem to excess. The video is an explosive burst of color directed by Nick Zinnanti and frontman Joe Ragosta that uses paint flying through the air to visualize the intoxication process. Ragosta thrashes about in a small room as he’s pummeled with a barrage of several colors as the signature chorus line kicks in: “I like us better when we’re wasted.” It’s not until the last fifty seconds of the song that “Wake Me Up” kicks in with added refrain “when I’m wiser and I’m older.” This could be seen as a coda if another “wasted” chorus didn’t immediately interrupt it. The visuals show the room being put back together but the lyrics tell a different story.

The Dead Daisies video of “We’re an American Band” combines footage from their live shows with shots of cities from San Francisco to Nashville and landscapes from the red rock mountains out west. Directed by Lukas Hambach, it feels like a catchy advertisement of the band’s ethos, but it’s actually a cover of a 1973 Grand Funk Railroad song that landed that band their first number one hit. With drum rolls, power chords and blazing guitar riffs, this faithful bare-chested cover is an ode stadium rock. For a song this “Amurican,” it ends fittingly with fireworks.

Atlanta-based pop/rock band All the Locals have created a feel-good anthem with “Weatherman.” The song is heavy with rain metaphors that are delivered through Johnny Schmarkey’s airy falsetto. There’s a lot of heart that’s felt through the lyrics though some are sappier and soggier than others. One of the better lines comes towards the end: “Don’t confuse your path with the end of the road.” Aaron Wynia’s video combines black-and-white footage of the band playing with a drenched Schmarkey singing in the rain. As the song propels towards its climax, the band snaps into color.

The video of Drew Vision’s “Want ‘em All” reminds me of 90s R&B videos that featured scantily clad women in steamy bathtubs and usually an excess of champagne. Jose Omar’s video plays into this style before subverting it with whimsy. A woman appears in a bathtub of rainbow sprinkles and then another one is covered in what appears to be a mixture of chocolate and pretzels – yum indeed. The video almost feels like it could be an SNL Digital Short, and I half expected Justin Timberlake to pop up and join in the over-the-top antics.